The folklore of the Scottish highland moors is extensive and, frankly, creepy as hell. This is a poem that narrates some of that creepiness. Enjoy…or whatever one does with this kind of poetry! 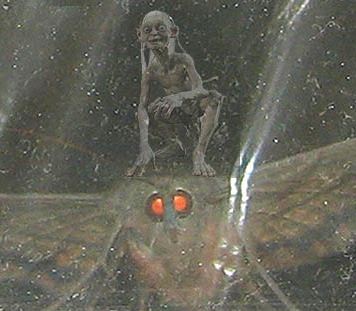 From marsh and hill through woodland, still,

Their frozen stare could nearly kill

e’en those under God’s steeple.

For many years they haunted men

They came at night from eerie dens

to poison, scare or steal them.

Hunted down with bow and gun

till all were tired and hopeless,

till one cold day, they came upon

a creature in death’s caress.

So pale and wan, it lay atop

a thicket, robed in grasses;

The men bent down to prod and stare,

its spindly shanks to gander.

The pall of death was everywhere,

But just as close to it they came

and wicked rage, so cruel;

with hidden teeth, so sharp, a sight

that fed their fear much fuel.

With deadly speed and deft of limb

it pounced upon them swiftly;

dispatching them quite briskly.

who sought to save their village.

All who remained, with fear gone mad,

E’er since that day, those men of yore

we toast, their tales a’ telling,

who sought their courage to restore,

And when this tale of death is told

“who were those monsters, grey and old?”

“They were the Moorland fairies.”

8 thoughts on “The Moorland Fairies”

If we are made in God’s image and God sings, then we should be singing, too.