Faces, many faces, unite into a single, generous community of helpers in this debacle. Without these individuals I’m certain that my present might have been considerably less bearable and outcomes considerably less promising. People are often at their best or their worst under duress. And, since I was too busy groaning and deep-sea diving in my battered brain for coherence, it fell to others to help me onto the healing road.

It’s anybody’s guess how long I waited on the church floor before someone found me. The first one to take their place among this kaleidoscope of holy heroes was Clarence, our stoic and humble custodian. My friendship with Clarence is glowing testimony to the unifying power of the gospel, he a Rush Limbaugh fan and me a Rachel Maddow disciple! Clarence is a man of few words but numerous qualities, gracious hospitality and selflessness being chief among them. I cannot readily recall his exact role but can feel quite certain of his strong and compassionate presence in the midst of the chaos. I feel better just knowing he was nearby.

The next on the scene apparently was Lisa, our Children’s Ministries Director. Lisa is a gal of extraordinary energy, passion and determination. Having won a not inconsiderable battle against obesity she stands head and shoulders above many whose exploits, though laudable, pale by comparison. Her love for children is matched by her joyful effervescence – a quality put to the test upon finding me and then calling 911.

Either coming with Lisa or a short time later was our Office Administrator, Denise. She is a girl blessed with that rare combination of razor-sharp administrative skills with an easy-going whimsy that help her avoid the total pain in the ass syndrome most admin types can be (well, to whacked out, right-brained, artsy types like me anyway). Now, since I remember this story only in pieces, much of this first responder type stuff is borrowed as second-hand news from those who were participants in it.

At the hospital, the faces of these colleagues were joined by that of my doting wife of over 23 years. She is a firecracker of a girl, loyal without hesitation, buoyant and unapologetically extroverted. Someone blessed with quick wittedness, deplorably lacking in me I must admit, she was in this instance beside herself with anxiety and uncertainty. This was exacerbated by the fact that a women’s retreat she and her friend Lisa from Nashville had spent weeks organizing had been planned for that very weekend at our place in Ocean Shores. While waiting dutifully beside me (while, as you will recall, that husky fellow is cutting my pants off from stem to stern) she is busily making phone calls to Lisa, already en route from Tennessee.

Shock and delirium do strange things to one’s thought processes as I recall thinking that I could still sort this out and find a way for her to go ahead with her weekend plans. Knowing Rae and Lisa as I do, those plans would involve not an inconsiderable amount of off-color humor, laughter complete with obligatory snorting, and generally unsightly behavior. Together with their other estrogenic cohort, they would create a veritable storm of holy misdeeds that would end in tears of prayerful joy; the kind of parties Jesus not only attended but started. Heck, I would have gone myself if I didn’t hurt so damn much. Oh wait, I have a penis. Maybe next time. 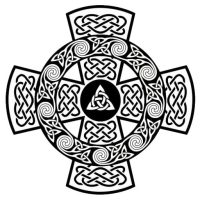 The Art of Blogging

Blurring the lines between poetry and prose

Building a community for sinners, saints, and skeptics who join God in the renewal of all things

"That I may publish with the voice of thanksgiving, and tell of all thy wondrous works." Psalm 26:7